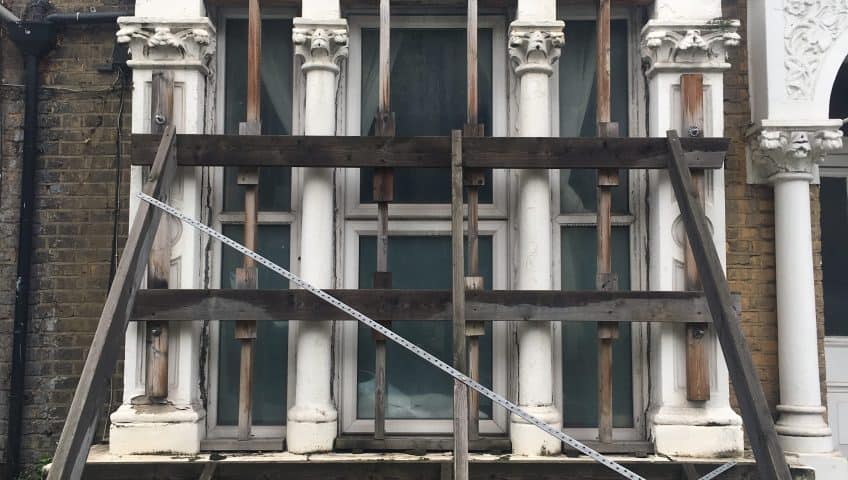 Victorian Bay Window Cracks can be a serious cause for concern

The Building Act, passed in 1894, brought with it a lot of changes to the way in which buildings could be constructed. One of the most prominent changes which the Act brought was that it wasn’t necessary for windows to be in line with the rest of the structure of a building anymore.
Following the Act, manufacturers in the Victorian era took advantage of the aforementioned change. Creating bay windows, these manufacturers made the houses built after the passing of the act appear to be much larger than they actually were.
Victorian bay windows also allowed much more light to enter the house, compared to normal windows, and started being used by people of the era as an alternative to balconies.

Most victorian bay windows was the last thing to be built on the property as the builders used the opening to bring all the materials through the property and then dug shallow foundations then built the bay window but most are not tied in properly at the junctions between the bays and the properties main walls.

Another common cause for Victorian bay window cracks is when the old wooden window frames and glass are replaced with new PVC windows. Most PVC windows are not strong enough to take the load bearings of the bays, so the window company should install bay poles to take the load but Unfortunately it is all too common for companies to leave these out which then causes damage and cracking to masonry and in some instances causing the glass in the windows to crack.

Cracks can appear in Victorian bay windows is because of poor installation. Since bay windows do not have proper foundations like the rest of the building, it takes them much longer to settle than other areas of the house. If the window is not attached to the building properly, you will notice several cracks on or around it.

Another cause of bay window cracks in Victorian style houses is movement. Since these windows are essentially just an extension of the building itself, if there is a lot of movement in the bay or near the bay window, there is a high possibility that cracks will begin to appear around the window.
Since they are comparatively much more vulnerable, Victorian bay window crack repairs are one of the major concerns of owners of Victorian style homes. Victorian bay window cracks repairs are extremely necessary too and cracks on or around bay windows should be addressed immediately since they have the potential of damaging the rest of the house at an unprecedented rate.

If you, too, need Victorian bay window cracks repaired, head over to London Structural Repairs for the services of one of Londons best and most professional companies.